No great artist ever sees things as they really are. If he did, he would cease to be an artist.
Oscar Wilde

Time for the June Scavenger Hunt brought to you by Made With Love. Please visit her in Australia if you, too, would like to join or view this most fun creative outlet. Even if you don't post it, fun to come up with your own interpretation. 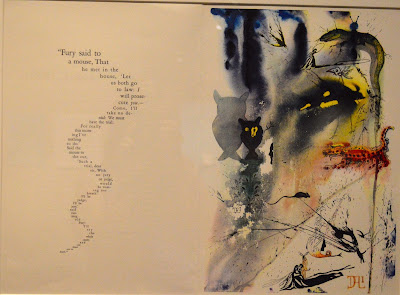 Medicine for the soul.
Inscription over the door of the Library at Thebes 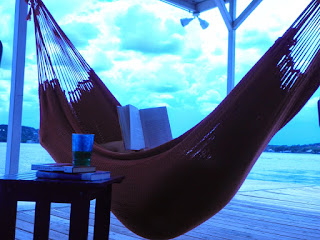 Since I've "retired" I haven't been able to get back on track with my writing, but I've certainly enjoyed the attack on my To Be Read Shelf. In the past five and a half months, I only purchased a few new books and have diligently read from those old piles. My stacks are now down to one packed shelf, a basket, and a few books on top of another basket.

I've eaten the best food with great chefs, visited seedy, intense and scary places as well as the most lovely of sites. I've followed along with the most interesting of people -- many of whom I liked and some I didn't.  Fine writing.

'Tis time to list my summer reading wish list.  Here's what I'm attempting for the summer. Those who know me are aware that I'll switch maps here and there with a trip to the library or will walk out of Book Club with a few new treasures in my arms. Alas my intentioned route gets mucked up.  I'm always surprised by the avenues I take.  Or those I veer onto. Or the dirt roads I just plain try because I normally wouldn't and I felt like it that day.

Here's the proposed map for this summer. (I've provided a link to Amazon for information purposes, but please, please support your local bookstore.)

And a Re-Read
for the third time.

Last, but most certainly not least, are a few from friends of mine that have published books this year.

Time is but the stream I go a-fishing in.
Henry David Thoreau


June, and I'm now getting to my May Scavenger Hunt. So it goes sometimes. Without further adieu.


Okay, thinking I best get started on June.

Waiting for the Rain

All was silent as before —
All silent save the dripping rain.
Henry Wadsworth Longfellow


The calendar says June. I missed posting in May. I'm trying to piece together what happened to the month. Here's my excuse. 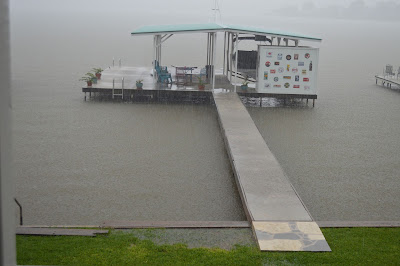 As many have read, we've had great rains in Texas the entire month of May. I've refrained from posting on Facebook or in my blog as my heart has broken for those swept away in the flood waters. I can't imagine the grief that has wrought.

As I thought of those in such pain, I wasn't just watching the rain fall. We'd made some changes out at the lake cabin the past couple years. We hired out to add a crushed granite driveway and a stone walkway and patio. The patio had previously been dirt and the walkway a haphazardly placed potpourri of steppng stones. I often called it The Drunk Test.

Our Central Texas drought had not really afforded an opportunity to know how the new additions might fare in rain. If the makeshift French Drain tunnels we had added ourselves on the other side of the house could accommodate downpours, let alone massive drops.

The driveway and walkway/patio fared well, but our own handiwork did not.

Back when we had rain, the house across the street was an old place like ours built in the early 1960's.  That house has since been torn down and replaced with a mini-mansion. Built higher than most homes on the isle, its slanted-toward-the-street-driveway had no trouble funneling the rain to my house creating a large buildup of water in the driveway.

Combined with our lack of gutters, suffice to say, the drains couldn't handle the overflow. I'm now quite adept at manning a shovel and broom in the midst of a lightening storm. I spent over $200 on barriers that grow when they get wet. By layering those I was able to create a more contained running stream -- one that kept the rain in the garage and running down the side of the house rather than in the downstairs TV/bedroom/Green Bay Packer Hall of Fame. My neighbors helped greatly with shovel work as well, digging the rocks out of the trench to allow more movement for the water.


Each day, I awaited the rain. My husband works in town so I was the babysitter of the homestead. As I sat on the dock watching the clouds and the radar on my phone,  I felt like I was Waiting for Godot. Unlike that play, I could time the storms approximate arrival and try to assess the severity. I'd gather my candles and flashlights. A can of tuna and Melba toast. Box of leftover Cheezits. Bottle of wine. Liter of water. I'd hang out in the TV/Packer Hall of Fame room, listening to local weather, until the wind and rain took out the satellite.

Prepared, but not too excited about it all, I willed myself to not be scared of the tornadoes nearby. Or worry if I would have to again venture out into the storm to move my barriers or dig a little more. I took deep breaths and just went for it. Raincoat clad and swim shoes on my feet.

Some days it hardly rained. The air instead hung heavy with humidity. The neighbors and I would gather in the street or on the dock. Stare at the sky. Wait for the next round.

Memorial Day arrived.  And the crowds wanting to boat and play in the mud-filled water. We had  a few visitors as well.

What to do on a rainy day. We started out on the dock and then moved inside when the rain came. Was pretty peaceful as everyone found something to do while we waited. 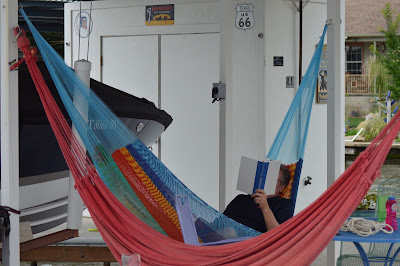 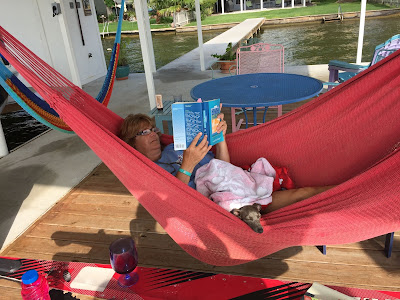 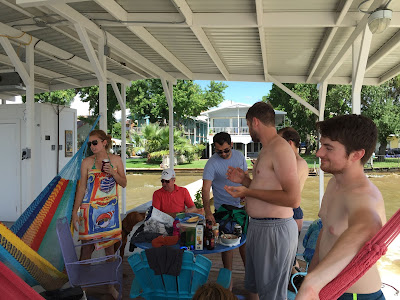 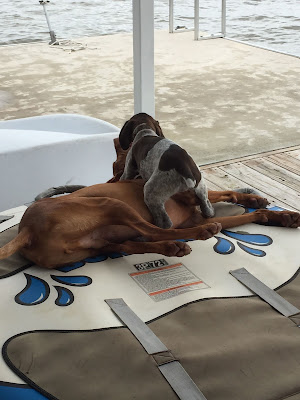 And then came the rain. 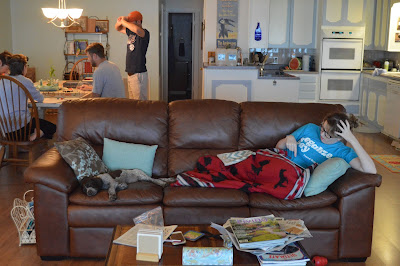 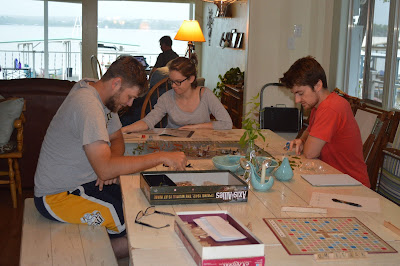 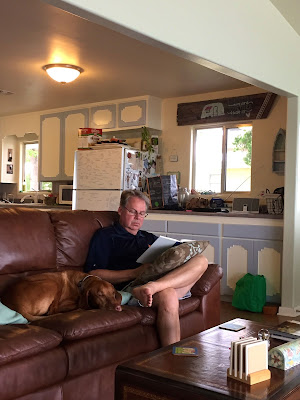 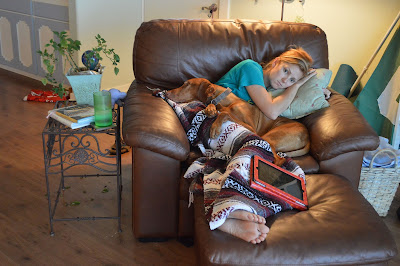 Ended up in the downstairs due to the tornado warnings. We had a plan that all nine of us, plus three dogs, would harbor in the ten by four foot closet if need be. We do not have basements in Texas.

Water gushed into the garage and we manned brooms and shovels once again to detour toward the lake.

When the rained lessened and the tornado threats abated, several of the kids headed over to a property where my oldest son and daughter-in-law, the Texas Aggies,  were invested in newborn baby cows. You had to figure how that was going to turn out.


One of those young people visiting was new to our cabin. He sat down to dinner after the land/truck/fence adventure and remarked that he had Australians coming to his work the next day who thought that all Texans rustled cattle, fixed fences, and drove tractors. He, a native Texan, was planning on debunking that cliche as he had never, ever done those things. Now, he would have to admit it might be true.

Meanwhile, the lake is a mud pit. Limbs of trees and debris have been running by the cabin for days. Bloated fish unable to breath in the muddy water floated past. People's trash. 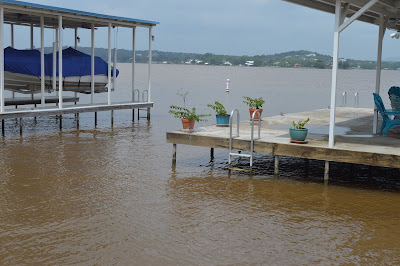 It will take a few days for the rivers flowing into the lake to finish depositing their loosened fare. Hopefully by week's end the water will clear and I can get back in the water and read while floating. Oh, wait. I mean aqua jog for hours to get in better shape. Yes, that's what I meant.

Sorely in need of rain to fill the lakes and aquifers, the storms did help to quench that thirst. They also provided a few pleasures at day's end. 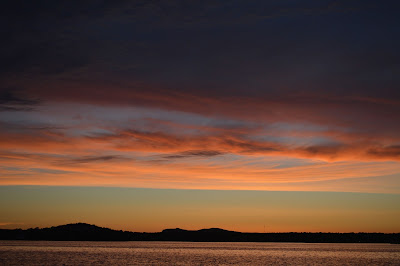 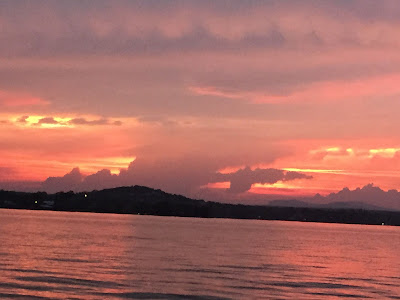 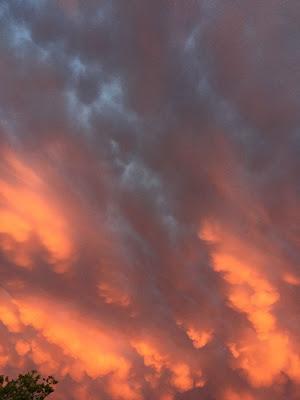 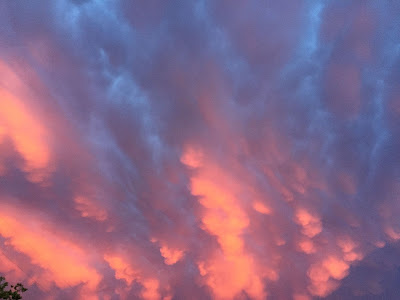 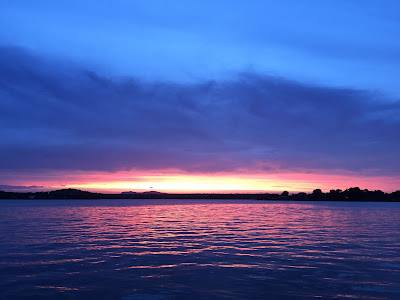 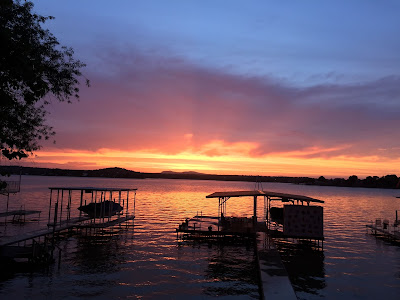 The rains have passed and none are forecasted for a week or more.  Although I love to hibernate at the lake, I normally know it's time to come home when I start understanding what my duck friends are saying to me. By the end of the month we were having long conversations and I was enjoying their stories.

A quick perusal of my garden proved most disappointing.  I'd hoped for a bountiful display of tomatoes-to-be, but the tomato plants had been eaten by dirty little buggers. The eggplants hadn't moved in their height or blossomed, nor had the peppers. The gladiolus blades tilted parallel to the earth.

I did, however, come across a beauty. The first Dahlia of the season. I cut it, brought it inside, and placed it on the table beside the chair where I live. So pretty. 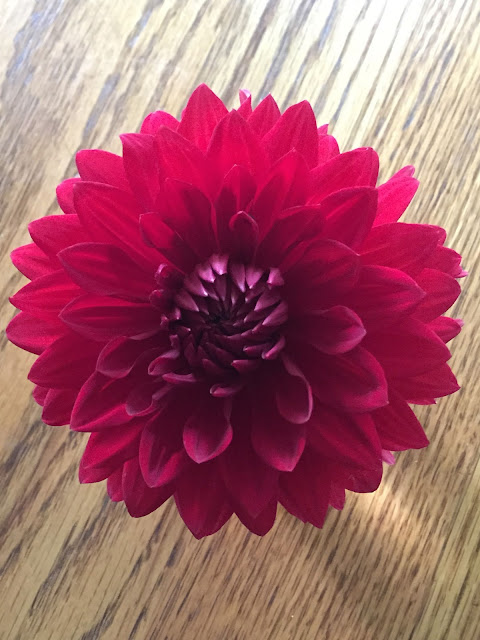 My husband and I try not to think of the smile on our new contractor's face when he gets paid after putting up gutters and fixing that drainage situation at the cabin. (No, we aren't tearing down the new house across the street. We just look at it with more disdain than usual.)

My babysitting the rain is done. Today I sit.

We hope the searchers have all the equipment and stamina they need to continue looking for those still not found in the flood waters. We pray for the families that suffered such great loss here in Texas and throughout the world.
Posted by Midlife Roadtripper at 3:18 PM 27 comments: ﻿﻿

The beginning -- Accompanied by a stale resume in an even staler economic era, Midlife Jobhunter is a road trip toward the rediscovery of my own talents, abilities, gathered knowledge. Oh, yes, and the search for gainful employment. As I dust off my filing cabinet in search of the secondary high school English teaching certificate that expired 24 years ago, I embark on an adventure. I can’t look at it any differently than that, or it will overwhelm me. 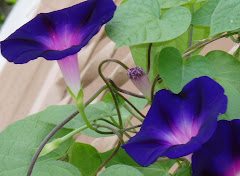 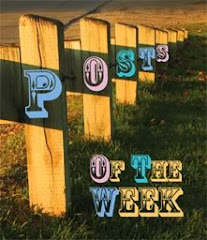 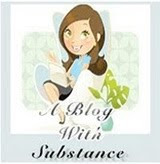